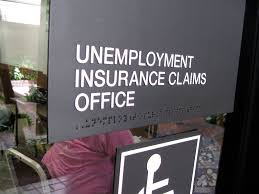 If I terminate an employee after a 90 day probationary period, do I still have to pay Unemployment Insurance?

Most likely, yes. But, not immediately. And, possibly not ever.

When does an employee qualify for Unemployment Insurance?

Employees that were let go from employment, that earned sufficient wages in during their “base period” (the base period will be explained thoroughly in the next section) of employment will be eligible for unemployment insurance.

However, employees terminated for misconduct are not eligible for unemployment insurance.  For information on what constitutes misconduct, check out KEW’s article, “How badly does my employee have to mess up to be denied Unemployment Insurance?“.

Also, employees that quit for good cause may still be eligible for unemployment insurance. Examples of good cause include a suggestion or request by the employer that the employee violate the law, or sexual harassment that the employer knew or should have known about but failed to take appropriate action.

What is a base period and how is it used?

The benefit amount to be paid to a qualifying employee and the employer’s account from which the benefits will be drawn is based on wages earned during the employee’s base period. Calculate the base period by first disregarding the quarter in which the employee’s claim is being filed, and then by looking at the first four of the previous five quarters. For example, if an employee files a claim in July 2017, the employee has filed in the third quarter of 2017. So, the relevant period of time would be the previous five quarters – Quarters 2, 3, and 4 of 2016 and Quarters 1 and 2 of 2017. The base period is the first four of those five quarters, so Quarters 2, 3, and 4 of 2016 and Quarter 1 of 2017. The following chart provides a nice visual aid to determine the base period: 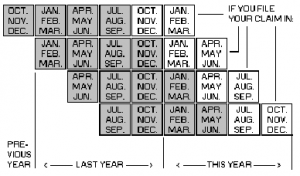 To determine whether Bobby will receive Unemployment Insurance, and if he receives it, how much Bobby will receive, and who will pay Bobby, we first need to determine Bobby’s base period. To do this, we look to the fourth row in the illustration above because he filed his claim in October. We disregard the quarter in which he claimed unemployment insurance, in other words the 4th quarter of 2016, and then look at the previous five quarters. Those would be Quarters 1, 2, 3 of 2016, and Quarters 3 and 4 of 2015. The base period is calculated based on the first four of those five quarters which would be Quarters 3 and 4 of 2015, and Quarters 1 and 2 of 2016. In other words, July 1, 2015 through June 30, 2016 is Bobby’s base period.

So, Bottlerockets is off the hook then, right?

Bobby’s unemployment insurance benefits are calculated based on all of his employment during his base period, so three months working for Bottlerockets and one month working for Robobot. The amount each company would pay out of its fund is determined by a pro-rata formula based on the amount of wages each employer paid during the base period. So, unlike the previous example, it is clear in this situation that Bottlerockets would end up having to pay unemployment insurance out of its fund, long after its termination of Bobby within his 90-day probation period.

How is the weekly benefit amount calculated?

Please sign up to get updates from Kramer, Elkins & Watt, LLC here.