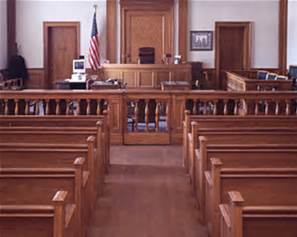 While Hillary Clinton and Bernie Sanders go toe-to-toe in the Democratic presidential primary, and Donald Trump, Ted Cruz, John Kasich, Jeb Bush, and Marco Rubio battle it out for the Republicans, there is an oft-skipped election scheduled for Wisconsin this Tuesday, February 16, 2016.   Wisconsin voters will be asked to make decisions on nonpartisan state and local candidates.  This includes the primary election for Justice of the Wisconsin Supreme Court.

The Wisconsin Supreme Court consists of seven justices and serves two primary purposes.  First, it is Wisconsin’s highest court, meaning it has the final word on the interpretation of Wisconsin law.  It has complete discretion on which issues it will hear that have been appealed from lower courts.  Typically, when the Wisconsin Supreme Court accepts a case, it is a case that presents novel legal questions that will impact a large cross-section of the population.  If a majority of Justices agree then that decision becomes precedent in Wisconsin meaning the case can be cited in the future as the law of the land.

On Tuesday, February 16, 2016, you will have the choice between three candidates.  The top two candidates will move on to the nonpartisan general election to be held in April.  The three candidates are (in no particular order):

Justice Rebecca Bradley was appointed to the Wisconsin Supreme Court by Governor Scott Walker in October 2015 after the death of Justice N. Patrick Crooks.  This followed on the heels of Governor Walker’s appointment of Justice Bradley to the Court of Appeals in May 2015.  Prior to that, Justice Bradley served as a Milwaukee County judge since 2012 when she was appointed to the bench by Governor Walker.  Prior to her life as a judge, Justice Bradley was recognized as one of Milwaukee’s Leading Lawyers in Litigation, Business Law, and Internet Law.  She was named a “Rising Star” in 2010 and 2008.  During her career as a litigator, Justice Bradley defended physicians in malpractice suits, and individuals and businesses in product liability and personal injury cases.  She later concentrated her practice in commercial, information technology and intellectual property litigation and transactions.  She earned her law degree from the University of Wisconsin Law School in 1996.

Judge Joe Donald has spent nearly 20 years on the Milwaukee County bench.  He was first appointed by Governor Tommy Thompson in 1996, and has been re-elected four times since then.  Judge Donald has experienced more than 350 jury trials during those 20 years including the full range of civil and criminal cases.  Judge Donald was also instrumental in the creation and development of the drug treatment court which helps to break addictions by reducing recidivism, lowering taxpayer costs, and improve the lives of the abusers, victims, and families.  Judge Donald graduated from Marquette University Law School in 1988.