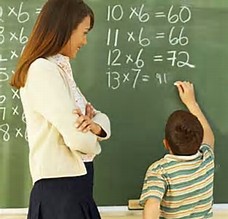 Today is Wisconsin’s spring primary election. Historically, the spring primary sees the lowest turnout of any election throughout the year. This has been attributed, in part to weather as people generally do not want to leave their homes in the bitter cold. But, this year, no excuse! It’s 50 degrees in Madison. In any event, the low turnout is more likely due to the lack of publicity surrounding the election or the general feeling that local elections are less impactful than national elections.

The results of the last election, where this country elected Donald Trump as president, spawning outrage and horror for many, and excitement for others, have made many Americans more active in the political process. In fact, elected officials have reported record numbers of constituent phone calls and emails. This is in no small part because Trump’s appointees have been no less controversial than Trump himself. This includes Trump’s recent appointee for U.S. Secretary of Education, Betsy DeVos, who was barely confirmed 51-50, with Mike Pence needing to break the Senate tie.

Anyone that has an opinion on DeVos’ appointment likely cares, at least a little bit, about the future of public education in this country. One way to express such opinion is to make sure to get out and vote in local elections, such as the primary election happening today.

Some of the Superintendent’s duties include the following:

The Superintendent of Public Instruction is a four-year non-partisan position.

Go out and vote today!