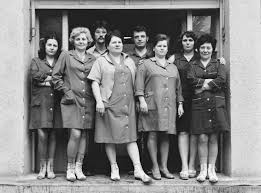 What is Equal Pay Day?

Equal Pay Day is the day each year where women have finally earned an equivalent in wages to what men earned in the previous year. That’s right ladies, we had to work an additional 92 days to earn the same total wages as men earned in 2018 alone.

Some interesting facts about women in the workforce:

Women began working in factories and shipyards during World War II out of necessity to keep production going while the men were fighting the war.  Since that time, Wisconsin women have consistently been part of the paid workforce. Wisconsin ranks fifth in the list of states with women most likely to be in the workforce.

Currently, women make up almost half of the workforce.  They are the sole or co-breadwinner in half of American families with children. Women also earn more college and graduate degrees than men. Yet, on average women are paid only 80.5% of what men are paid.

Although the gender pay gap has narrowed since 1980, the change has been slight in the last 15 years.  An estimate published by the Institute for Women’s Policy research suggests that with the rate at which the pay gap is closing it won’t disappear until the year 2058. That is another generation of women working for less earnings than men.

What causes the pay gap?

Some argue the pay gap is a byproduct of choices women make. Choices like working fewer hours, working in lower-paying jobs, leaving the workforce for longer periods of time, or the reluctance of women to negotiate higher pay. However, decades of research reveal a much more complicated story.

Looking at the chart below, we can see that 41.1% of the gender wage gap is unexplained.

What causes the unexplained 41.1% of the wage disparity?

Some say the difference is caused by overt sexism or unintentional gender-based discrimination.

Aren’t there laws requiring women be paid the same as men?

Yes. The Equal Pay Act of 1963 became a part of the Fair Labor Standards Act and provides that discrimination in pay on the basis of sex is illegal. Clearly, the law isn’t enough to eliminate the wage disparity completely. As stated earlier, the reason for the pay gap is multi-faceted.