The Battle over the U.S. Supreme Court

The Battle over the U.S. Supreme Court 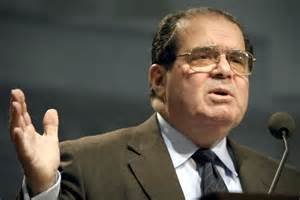 The unexpected death of Supreme Court Justice Antonin Scalia on Saturday, February 13, 2016 has ignited a firestorm intersecting politics and the law.  At the time of Justice Scalia’s death, many decisions of the Supreme Court were decided by a vote of five to four, with Justice Scalia almost always voting with the majority.  Thus, his death means that the Court is likely faced with deadlock at four votes to four until a replacement can be named.

The Supreme Court is a co-equal branch of government along with the Presidency and the Congress.  The term of a Supreme Court Justice is for the remainder of his or her life, until voluntary retirement or death. One reason for this is that the Founding Fathers hoped that the Court would be independent from the politics of the people or the other branches of government, so that they are beholden only to the mandates of the law and the Constitution.  However, the timing of Justice Scalia’s death has placed the Supreme Court at the heart of America’s busiest political season, the 2016 presidential election. Thus, what this means for the Supreme Court and the presidential election is unclear.

The Senate has always provided its advice and consent by voting on the Presidents’ nominees.  In 1916, starting with the nomination of Louis Brandeis, the first Jewish nominee to the Supreme Court, the Senate began holding confirmation hearings.  This was also shortly after United States Senators started to be elected by popular vote. Since Brandeis’s nomination, and eventual confirmation, the Senate has confirmed four Justices to the Supreme Court in a presidential election year.  Of those four, the latest vacancy happened in June of the election year.  The nomination and confirmation resulting from that vacancy were completed by July.

Since the 1950s, the average number of days between nomination and confirmation have increased to two to three months.  Brandeis had to wait longer than anyone.  His nomination was open for 125 days before he was eventually confirmed.  No other nominee to the Supreme Court has waited longer whether he or she was confirmed, rejected, or withdrawn.  Of the 21 nominees since 1970, none have waited longer than 100 days except one.  There are approximately 330 days remaining of President Obama’s term.

Leaving Scalia’s seat on the bench vacant for more than a year means that several important issues to be heard this Supreme Court term including a woman’s right to choose, affirmative action, environmental regulations, the enforcement of our immigration laws, employee overtime issues, and other important issues will not be resolved. Additional potential issues to be heard include employee overtime issues and whether a court may consider future Social Security payments in dividing marital property upon divorce. It is too early to tell what issues will be left unresolved for the Supreme Court’s fall term, or its first term in 2017.

Also, keeping the seat vacant through the presidential election means presidential candidates will be pressured to name their choices for the next Supreme Court Justice during a highly polarized political campaign.  In turn, this could invite requirements and demands, via political pressure, for the respective potential nominees to the Supreme Court to answer certain questions or make certain promises to help themselves and their presidential candidate get elected.  This would destroy the very independence from politics the Founding Fathers wanted for the Supreme Court.

Contact Attorney Nicholas C. Watt for a more in-depth conversation about the role of the Court and its impact on all types of litigation including employment discrimination, family law, breach of contract, professional malpractice, estate disputes and more.