Is the Law Being Trumped?

Is the Law Being Trumped? 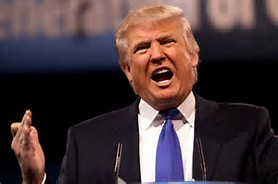 Since Donald Trump took office as the 45th President of the United States on January 20, 2017, he has issued several executive orders including imposing a hiring freeze on the federal government (excluding the military), authorizing the building of a wall on the Mexican border, a 120-day suspension on accepting refugees as well as a 90-day travel ban to the US from citizens of seven Muslim-majority countries deemed to be “hot spots” for terrorists.

Many of President Trump’s detractors have claimed he is usurping power that is not granted by the Constitution in issuing these orders.  Many of President Obama’s detractors said the same thing equating him to a tyrant, dictator, etc.  Many of those complaining argue that, in issuing executive orders, presidents are circumventing Congress and, therefore, are also bypassing the checks and balances on power inherent in our constitutional republic.

So what are we to make of these orders?  What are their purpose?  Are they constitutional? If so, where in the Constitution does the President derive this authority?

Executive Orders have been issued from every president, starting with George Washington, except for one (William Henry Harrison who died one month into his first term).  In their early days, executive orders were used to decree national days of mourning and the lowering of flags to half-staff.  However, today they are used by the president to direct the federal bureaucracy how to manage and operate under the laws it is to execute.  Executive orders have the full effect of law so long as there is power, or authority, granted by congressional approval or by the Constitution.

Yet, the Constitution is silent on executive orders.  However, Article II, section 3 of the Constitution requires that the president “take Care that the Laws be faithfully executed.”  Given the amount of laws at issue, as well as the size of the federal bureaucracy, the executive order is a simple and effective way for the president to direct the executive branch on his priorities in managing the execution of those laws.  While it seems simple enough, such simple direction can have profound policy implications.

For instance, President Truman integrated the armed forces by executive order.  President Franklin Roosevelt issued an executive order directing the Secretary of War, and his designated commanders, to create military zones “from which any or all persons may be excluded, and with respect to which, the right of any person to enter, remain in, or leave shall be subject to whatever restrictions [the Secretary] may impose in his discretion.”  This paved the way for the internment of Japanese-Americans during World War II.

Executive orders are not bullet-proof, however.  They are subject to judicial and congressional review.  If a court finds an executive order is not within the scope of the president’s power, it will render that order null and void – as we have recently seen with President Trump’s immigration ban.  And if Congress feels that an executive order overstates, or misstates, the mandate of a law it enacted, Congress can supersede an executive order through legislative action.

Most recently, several federal judges halted the enforcement of President Trump’s executive order that suspended the travel to the US for citizens from seven Middle Eastern countries.  The Trump Administration and Department of Justice appealed that ruling and on February 9, 2017, the Ninth Circuit unanimously confirmed the lower court’s decision blocking the immigration ban executive order.

In the first few days after President Trump issued his immediate travel and immigration ban, there were court orders requiring the release of immigrants with valid visas who were being detained under the ban.  Yet, despite those court orders, there were reports that certain officials with the Department of Homeland Security ignored court rulings.  That is where the danger lies; if the executive branch willfully ignores the law.  If such conduct continues in a Trump Administration then concerns and grievances are warranted.

In summation, executive orders are common practice among presidents.  So long as they fall within the purview of the president’s authority, whether granted by the Constitution or delegated from Congress, they will likely remain in full legal force.  If they do not fall within the president’s authority, they are likely to be reversed by the courts or superseded by congressional action.

For further discussion on executive orders and/or some of the actions being taken by the Trump Administration, contact Attorney Nick Watt.