How will the changes in the FLSA affect my business?

How will the changes in the FLSA affect my business? 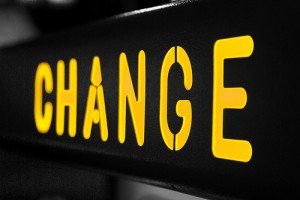 A couple years ago, rumors started circulating about changes to federal overtime laws. This article will break down the basics of the changes, but before delving in, information about general overtime requirements under federal law is available at KEW’s previous blog article, available here.

In 2014, Obama directed the United States Department of Labor (“DOL”) to update and modernize the regulations governing the exemption of Executive, Administrative, Professional, Sales, and Computer (collectively referred to as “EAP” or “White Collar”) employees from minimum wage and overtime laws. In July, 2015, the DOL proposed a rule that would increase the salary requirements needed be exempt from overtime. Finally, after much anticipation, on May 18, 2016, the DOL announced a final rule with the specific changes to be made.  The changes go into effect on December 1, 2016.

Key Provisions of the Final Rule:

What has stayed the same?

The duties tests (click here and here for more info) and the hours requirement (more than 40 per week; no daily maximum) to trigger overtime.

What do the changes mean for my business?

It is possible that many employees who pass the duties test but are paid less than $913 per week or $47,476 annually will now not be exempt and will be required to either receive overtime pay or have their pay raised above the new salary threshold. It is also possible that many employers have been unknowingly violating the overtime laws and should have been paying overtime all along.

It is likely that the DOL may begin performing more audits, and that the duties tests will be subjected to a heightened level of scrutiny.

What are the consequences of violating the law?

First of all, it is important to note that, with some very small and rare exceptions, every employer with a minimum of one employee is required to follow the FLSA regulations for overtime.

The potential penalties for misclassification under 29 USC § 216 are frightening:

Contact Attorney Jessica M. Kramer at or Leslie Elkins at for a detailed analysis about how the changes in the FLSA may affect your business and for customized advise as to how to comply with state and federal employment laws.