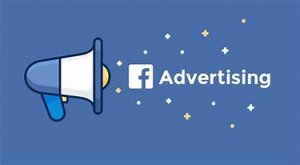 Facebook is quite the platform, constantly adding more services including advertising. Facebook now offers businesses the opportunity to place an ad for a potential employee. We first introduced this topic in our blog article, Hiring through Facebook Ads – Part 1.

One of the benefits of using Facebook advertising is microtargeting. We now know that Facebook collects every possible iota of data about its users, which although creepy, is very beneficial to the businesses desiring to place the ads because the exact type of consumer to which the business wishes to market can be found. The question, however, is can the same approach be used to microtarget potential employees without running afoul of employment laws? Facebook had been feeling the pressure from a variety of sources claiming that the approach is not legal.

Is it legal to use Facebook ads to microtarget potential employees?

The Seventh Circuit has now decided the CareFusion dispute.  But, before we get to the decision, let’s run through an example.

Let’s say that the Corn Company runs an ad for a “Regional Manager with 5 to 10 years’ experience.” Corn Company has two internal Store Manager employees with perfect employment records who have applied for the Regional Manager position. The employees are Diamond, age 52 with 25 years of experience; and Ruby, age 32 with 9 years of experience. Let’s say Corn Company hires Ruby. Diamond sues Corn Company for Age Discrimination.  Diamond would fall into a protected class of individuals over the age of 40, and would be protected under the ADEA. Whether or not Diamond would be successful would be a different story, and we would need many more facts. But, she could certainly bring the case.

Diamond and Ruby are both existing employees seeking a promotion. The question presented in the CareFusion case, however, is do the protections extend to job applicants? Let’s say Emerald, age 55 with 30 years of experience as a Store Manager at Soy Company, sees the advertisement and applies to the Regional Manager position also, but Ruby is the one that receives the position. If Emerald sues Corn Company, is Emerald entitled to protection under the ADEA?

At this juncture it is important to note that the type of situation we are facing here is referred to as “disparate impact.” The term “disparate impact” is used to describe a situation where the alleged discriminatory action isn’t outright intentionally discriminating, but the result is discriminating. In other words, the action of the employer has the result of impacting those over 40, even if that was not the intention. Outright discrimination would be if the advertisement said “Regional Manager under the age of 40.” So, here the ad stated, “Regional Manager with 5 to 10 years’ experience.” The result is that this tends to exclude older workers because it is older workers that tend to have many more than 5 to 10 years of experience.

Back to our question though, does Emerald, or someone like Emerald receive protection?

What is the law?

So, what does this mean?

Can employers use Facebook to microtarget potential job applicants?

Well, first of all, this decision relates to age discrimination under federal law, only. The Seventh Circuit seems to think that under the ADEA, employers do not owe a duty to job applicants. So, a Facebook ad that targets a potential employee with a specific range of years in job experience is likely to pass muster under federal law in the Seventh Circuit (which includes Wisconsin, Illinois, and Indiana). Practically speaking, workers over 40 is the most likely protected class that a Facebook ad might exclude with its microtargeting. So, this should provide some sense of comfort to those employers who might choose to use the ads.

The other federal circuits have not yet decided this issue, so laws in other jurisdictions may be different. Wisconsin has also not addressed the issue as it pertains to state laws prohibiting discrimination on the basis of, among other things, age as pertaining to job applicants. Also undecided is whether or not job applicants have protections under other federal anti-discrimination laws (race, sex, etc.).

So, to be safe, before you post an ad targeting potential employees, contact Attorney Leslie Elkins or Jessica M. Kramer at Kramer, Elkins & Watt, LLC for a more detailed discussion of whether or not such a practice is the best fit for your business.