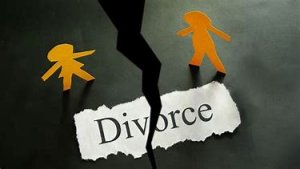 We’ve probably all heard the statistic by now – more than half of all first marriages in the United States end in divorce, and the rate failure rate for subsequent marriages is even higher.  However, for the last several years, divorce rates in the US have been steadily declining. At the same time, the rate of children born to unmarried parents has steadily risen.  While more unmarried parents are deciding to live together, in the case of some unmarried parents – like their divorced (or divorcing) counterparts – it means having to raise children in two households.

This means issues of child custody and placement, child support, and custodial decisions – such as where the children go to school, their religious upbringing, and their healthcare needs – need to be carefully planned. It is common sense that it is generally best for the children when divorced and unmarried parents are cooperative, or at least tolerant, with each other when it comes to making these decisions.

Regardless, too often residual feelings of resentment, jealously, and spite surface when disagreements arise – and disagreements are sure to arise during the eighteen years you are legally tied to the other parent of your child.  This is true even if both parents were civil when they decided to go their separate ways; yet circumstances always change.   Thus, it is also wise to have a plan for how you plan to address these disagreements when they do inevitably arise.  Otherwise the court will need to resolve the differences for you.

Also, over the course of eighteen years, life will change.  Obviously, your children will be getting older which will prompt different needs and developmental support from potty-training to driver’s education.  Your children may also become involved in various activities that may affect the limited time you get to spend together. Changes over time may be serious such as the diagnosis of some physical, emotional, or behavioral condition for you or your child.   Perhaps you will be offered a lucrative job opportunity that takes you farther away from your children.

While it is impossible to predict the future and difficult to plan for every possible contingency, it is best for divorced and unmarried parents no longer living together to try and have a basic understanding about how they will approach such changes, if and when they arise.  Thus, it is wise to arrive at this understanding while both parents are on relatively good terms.

One of the biggest changes which is also the most predictable (and thus easier to plan for during the less turbulent times) is the inevitable day when your ex introduces a potential new spouse or significant other to the child.  This event, almost more than any other in a post-divorce/post-split relationship, has the potential to trigger negative feelings such as jealousy or resentment.  It is also common for parents to feel threatened that they will be “replaced” by the new significant other. Given the likelihood that one or both parents will eventually meet someone new, and the raw emotions potentially involved, the parties should plan for this contingency before it happens.

Now you may be thinking that it is none of your ex’s business regarding your current relationships or what you are doing. On the one hand, when you and your former partner divorced or split, it stopped you from having to seek approval for your own decisions (if you ever did).  It certainly stopped them from inquiring with whom you spend your time. On the other hand, however, the other parent has a right to know who is spending time with the children, particularly the more time that person is involved.

So, in other words, you do not need to give your spouse details of every date or person you spend time with, but once that person is spending the night at your house while you have placement with the children or the new significant other is over for dinner more than occasionally, it is generally good to let the other spouse know.  It is almost always worse when the other parent finds out from the children.

If you are currently experiencing any of these, or other changes, or you unhappy with your current child custody or placement schedule please reach out, KEW is here to help!