Can my minor child work at my business?

Can my minor child work at my business? 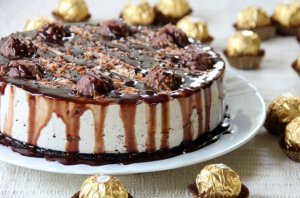 This KEW Tip was originally published in the Spring of 2017, and has been updated as of August 2021 due to changes in the law.

On April 25, 2017, the Mixing Bowl Bakery, in Sauk City, Wisconsin was under fire for accusations of violations of child labor laws. The bakery was owned by Curtis and Vickie Eberle, a couple with nine children, many of whom worked with them at the Mixing Bowl. At the time the article came out, the kids ranged in age from 11 years old to 6 weeks old.

On April 4, 2017, the Department of Workforce Development sent a letter to the Mixing Bowl warning the owners that their business would be audited after receiving several complaints about the children working at the bakery. More details about the Mixing Bowl Bakery and its run in with the Department of Workforce Development can be found here: http://www.channel3000.com/news/family-owned-business-disputes-child-labor-laws/461027984

So, did the Mixing Bowl violate the law by having the owners’ children work at the bakery?

An analysis of this question is below, but let’s first take a look at child labor laws. There are two bodies of law at play here:

At what age are minors allowed to work?

The following is an overview of the minimum age for a variety of different types of employment[1]:

Minors are prohibited from working in a variety of hazardous occupations such as in adult bookstores, around radioactive substances, and in conducting or assisting in the operation of a bingo game[2]. Yes, you read that right – no bingo for minors of any age.

In addition to restrictions on type of work, minors are restricted as to the number of hours they are able to work each day and week[3]. The restrictions are very specific based on the age of the minor, the type of work, whether or not school is in session, and whether or not the minor has graduated high school or is in any type of program such as an educational or vocational program. The rules also require specific meal breaks that are more stringent than what is required for adults.

As of the date this KEW Tip was originally written, in Spring 2017, the Mixing Bowl owners petitioned their legislature and eventually obtained a change in the law. Previously, the rules regarding minors working did not have the following carve out, and I determined back in 2017 that the mixing bowl owners would be violating Wisconsin law. However, the following was made law in 2019[4]:

Unless specifically prohibited by Section 103.65 of the Wisconsin Statues, which prohibits certain work by minors related to dangerous activities, minors of any age may be employed under the direct supervision of the minor’s parent or guardian in connection with the parent’s or guardian’s business, trade or profession.

This update is closer to Federal law, which is as follows.

The Fair Labor Standards Act (FLSA) governs employment of minors, and applies to almost every employer. Like the Wisconsin Child Labor laws, the FLSA has very detailed requirements as to the hours a minor can work per day and week and acceptable occupations. More information can be found on the Department of Labor Website, https://www.dol.gov/whd/childlabor.htm

The FLSA allows minors of any age to do the following:

In contrast, the FLSA specifies that minors can work in business entirely owned by their parents, or parent-like figure, but doesn’t allow work for a non-parent owned business.

Another difference between the two statutes is that under the Wisconsin statute, the minor needs to work for a “parent or guardian” whereas under the FLSA a minor may work for a parent or “person standing in place of a parent.” This difference suggests that the Wisconsin statute is more stringent because a guardian is a legally defined term in Wisconsin showing certain rights and responsibilities a person has to make decisions for a child.

Taking both of these minor work carve out rules together, a minor may work for business owned by a parent or guardian, under direct supervision of said parent or guardian, so long as such work is not related to mining, manufacturing or other another hazardous workplace.

In many situations, whether or not and how much a minor can work in a particular industry for a particular business is difficult to determine. Anyone with questions regarding child labor issues should contact a KEW attorney by calling 608-709-7115 or sending an email to .